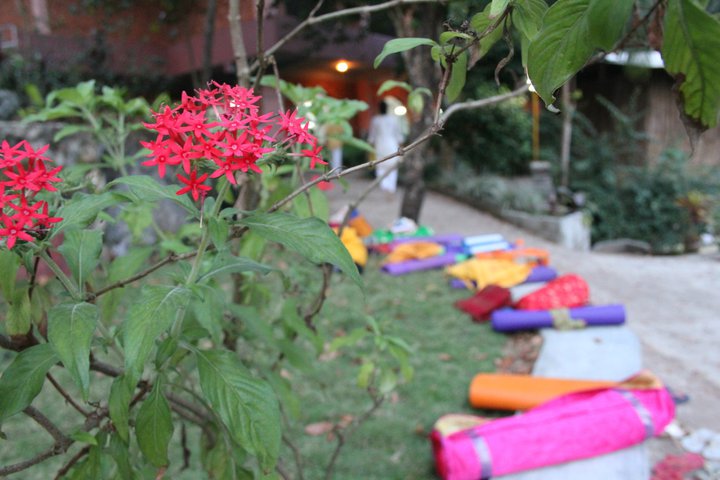 In Sanskrit Maha means Great and Yoga means Unity. The Sanskrit term Maha is used to describe Yoga that includes the combination of the four main yogic paths:

Bhakti Yoga – Devotion   The devotional practices of Bhakti Yoga help to open ones heart and channel our emotions to a higher level of consciousness by appreciating the divine in all aspects of nature.

Karma Yoga – Action   Karma Yoga is selfless service without attachment to the fruits of ones actions. By serving others we are able to purify by burning the ego and developing compassion.

Raja Yoga – Physical and Mental Control   Raja Yoga is formed of the eight limbs also known as Ashtanga Yoga. They are a systematic process of purification and concentration techniques gaining control of the body and mind, leading to meditation. Raja Yoga is therefore known as the Royal Path.

Swami Sivananda recognised that every Yogi, or human being for that matter, possesses and identifies with each of these elements: intellect, heart, body and mind. He therefore advocated everyone to practice certain techniques from each path. This came to be known as the Yoga of Synthesis.